One of the special things about the Camino is the people you meet - it is not mandatory - there are probably those peregrinos who keep completely to themselves - walking alone - eating alone - keeping silent the entire time.  Then there are those like us - we are people persons - we enjoy meeting people from other places - using our best skills to communicate with them.  Although English - in one form or another - is the universal language - on the Camino there is a large number of people who are only able to communicate through a language not native to them. On numerous occasions I have had to use my limited Spanish with a peregrino whose native tongue was neither English or Spanish - yet we were able to understand each other and communicate - both with limited Spanish - a testament to people seeking to communicate with others.

Last night at the albergue In Villadangos del Paramo - I did just that with a fellow from France - my one year of French failed me - yet I was able to learn from him that he was traveling with his wife - that they had started their Camino in Le Puy, France and they lived in the southern part of France.  This morning as we were heading to Astorga - we met a couple from California - John and Sharon - he a semi-retired dentist in practice with his son - and a young woman from Korea - Pureun - who said I should call her "Blue" since her name in Korean translates into blue in English.  I asked her why she would use that - as I did not find her name difficult to pronounce - but - obviously she had other experiences to prove otherwise. She apologized for her bad English - but I had no problem learning that she was traveling alone - was a communication student who had decided not to continue at university because it was very expensive - about $14,500 per year in US dollars - and that she was coping with a tender knee issue - similar to Arlene's.

The places that we see and visit are all very special - each in their own right - but what really makes each and everyone so special - are the people who designed and constructed them - hundreds and thousands of years ago before modern technology and equipment. 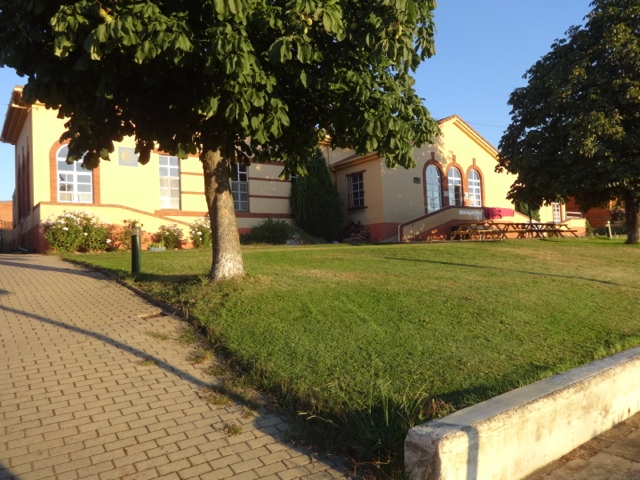 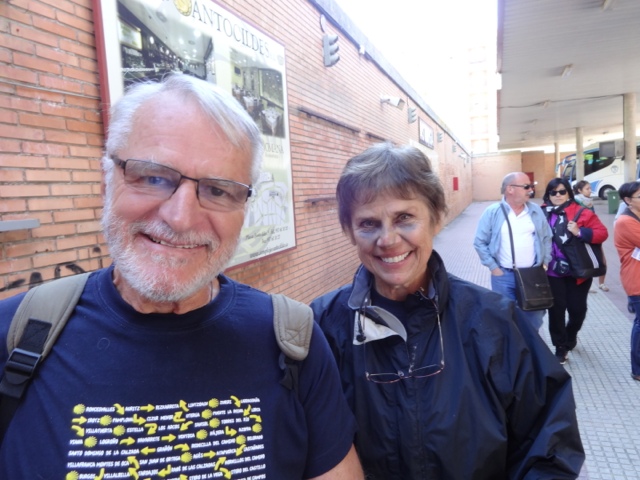 John and Sharon From California

Sharon took a bad fall and ended up with black and blue eyes and nose - ouch! 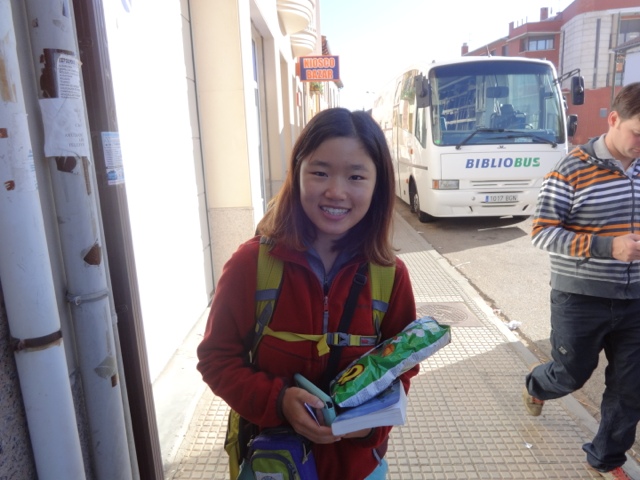 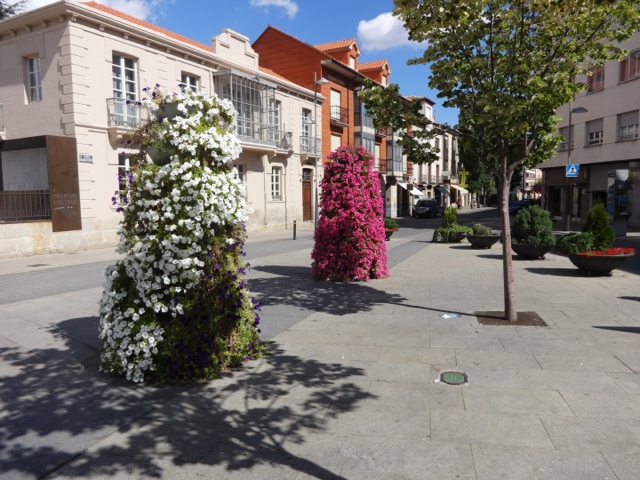 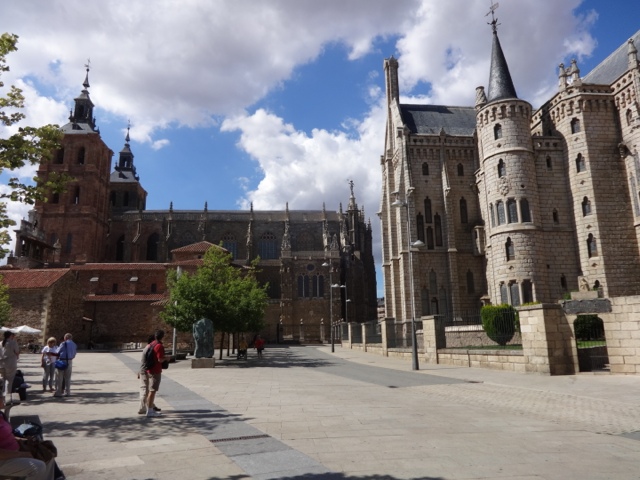 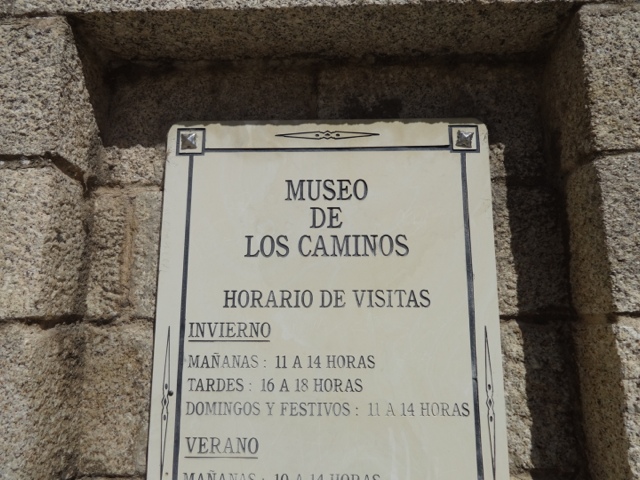 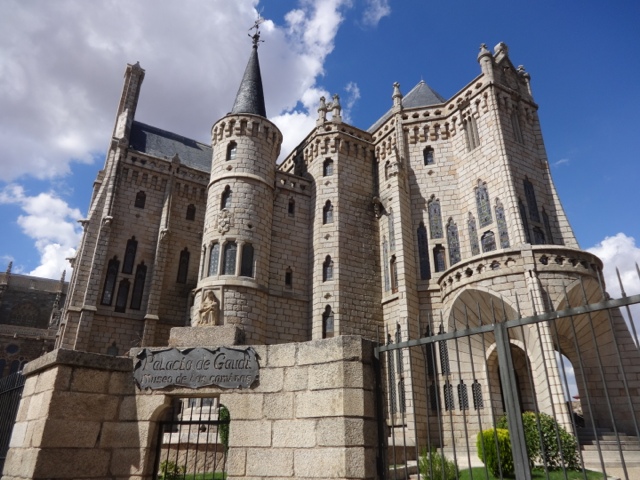 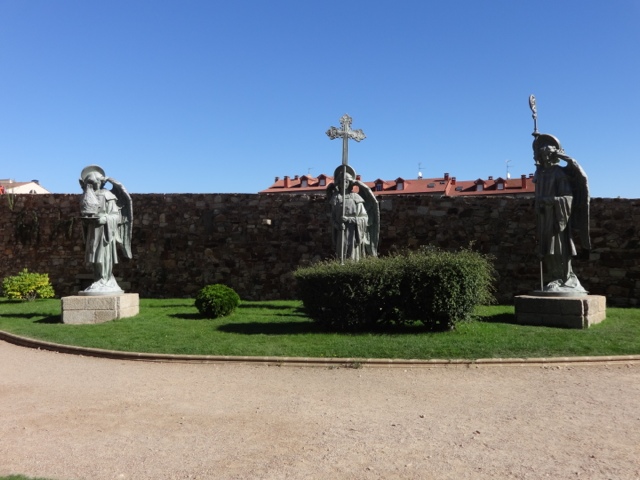 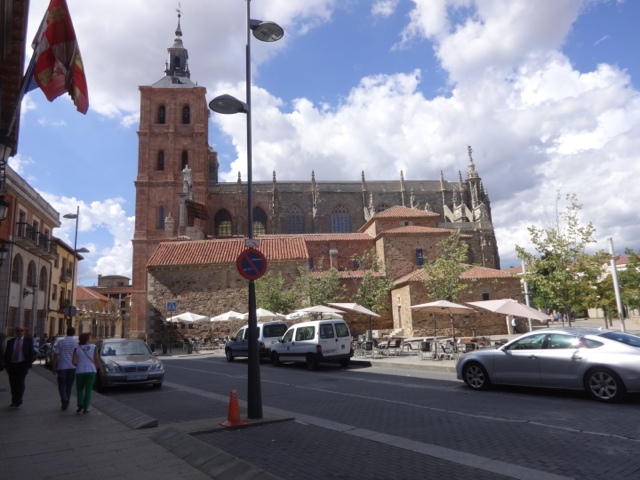 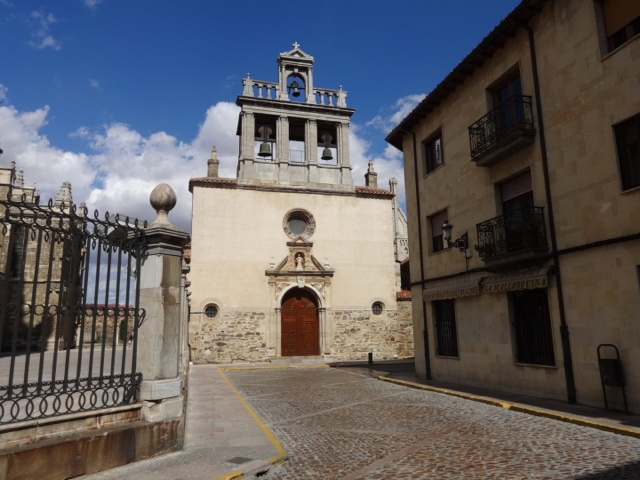 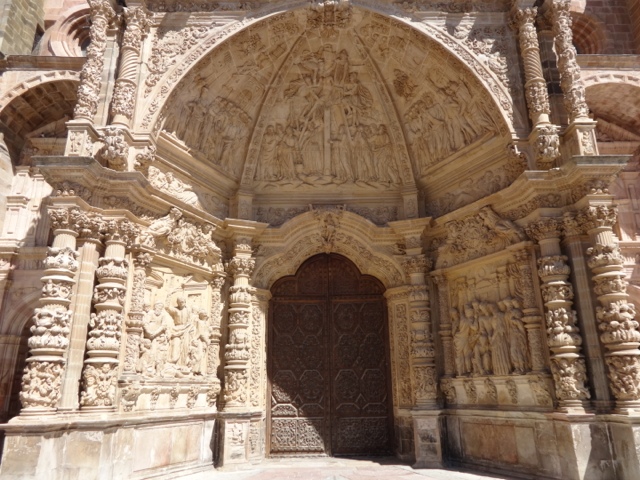 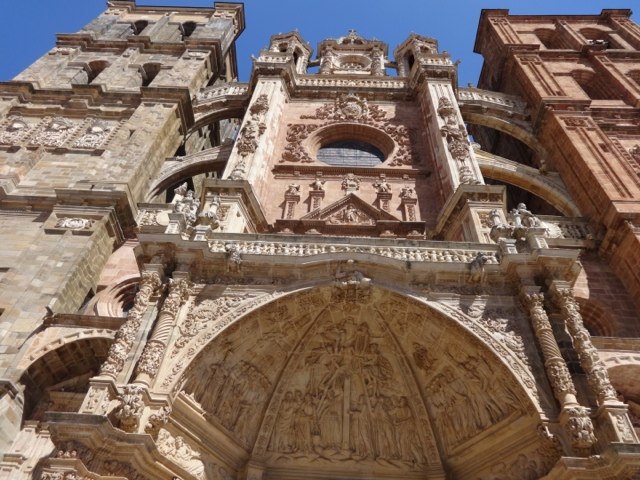 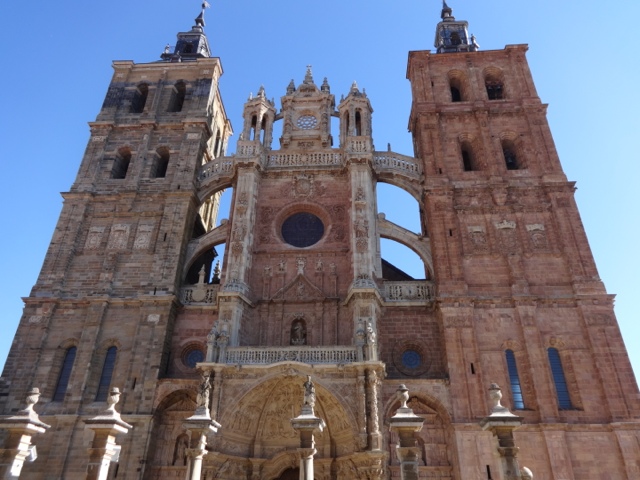 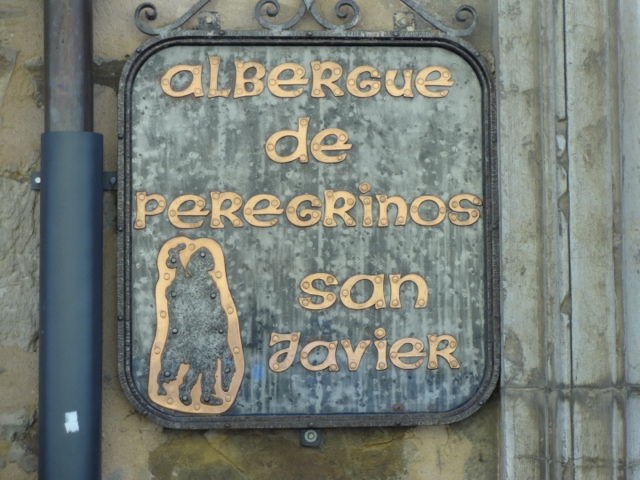 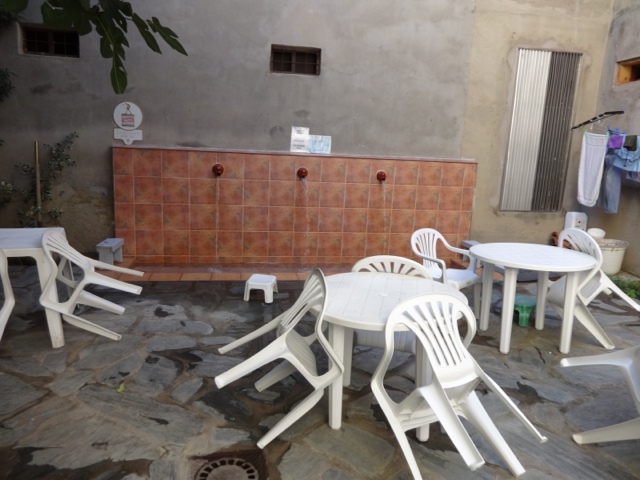 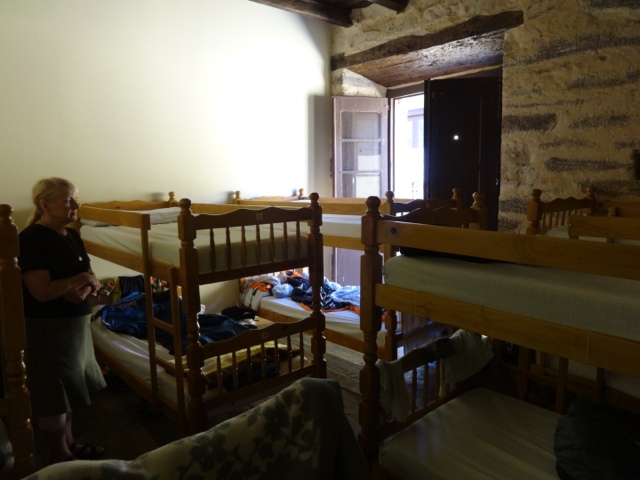 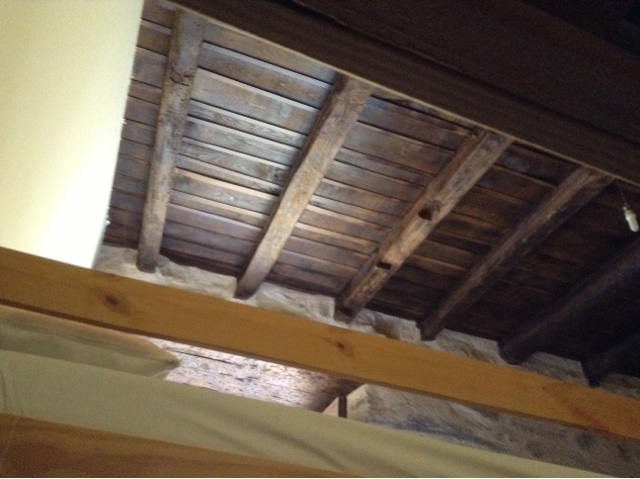 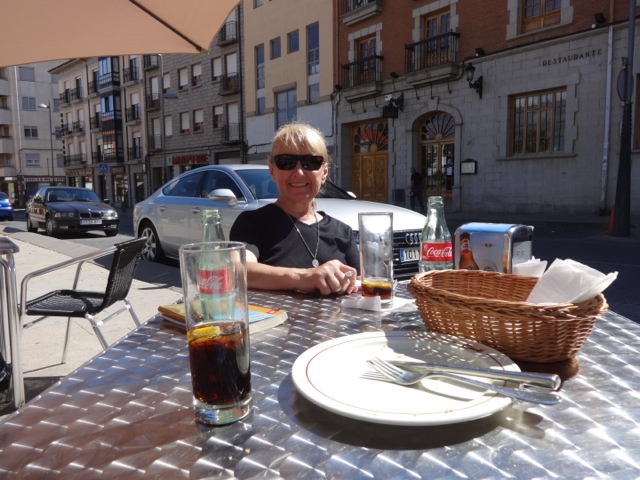 
Another interesting fact about Spain - breakfast is always coffee - orange juice and toast with marmalade. If you like espresso - you order cafe solo - if you want it with milk - cafe con leche - the toast is the size of what we would call "Texas Toast" and it is served with butter and some variety of fruit marmalade complete with knife and fork - in Spain you do not hold the toast with your fingers. For our afternoon snack we got a single order - solo - of huevas fritas con jamon con platas fritas y pan - basically fried eggs with bacon and french fries - and a large bread roll. Bread in the afternoon or with dinner is never served with butter - interesting - and eggs is either an afternoon snack or one of the first courses at dinner time - but never at breakfast. Since I love breakfast at any time of day - this suits me just fine.  Six bells - 18:00 or 6:00pm - only an hour and a half until dinner!

Buen Camino
Dale and Arlene
Posted by Deacon Dale at 11:36 AM