The bread of life - pan de la vida - is not about eating but rather how one lives their life. As we take our last rest day in Burgos - we anticipate resuming our walk to Santiago.  Rejoining other peregrinos walking through villages and countrysides.  We have met some in the village streets - 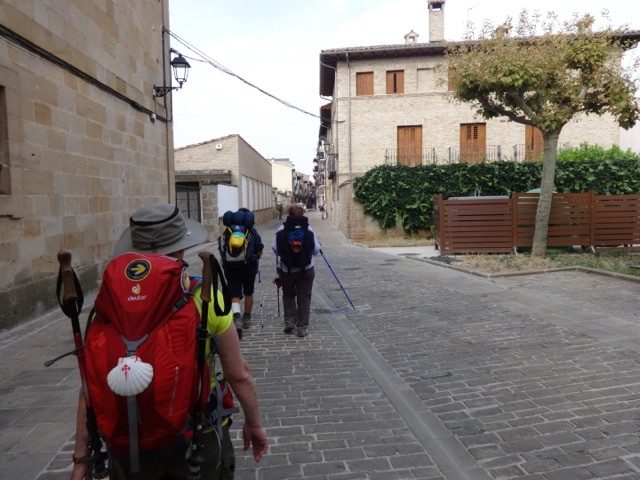 others outside the villages on the roads connecting one community of people with another - and in the midst of their lives - hundreds of pilgrims passing through for a brief few moments - on a daily basis. 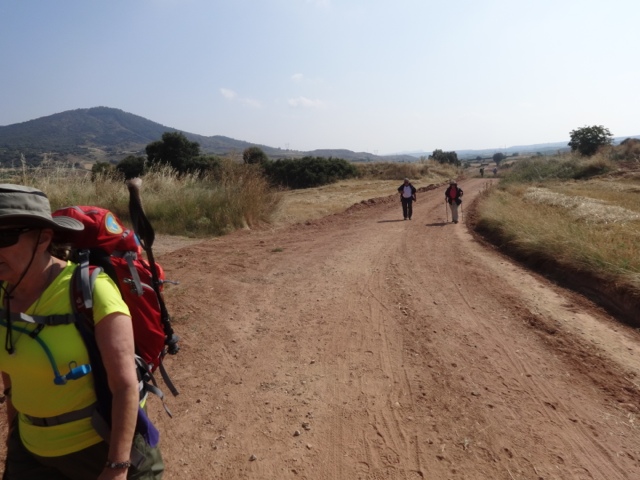 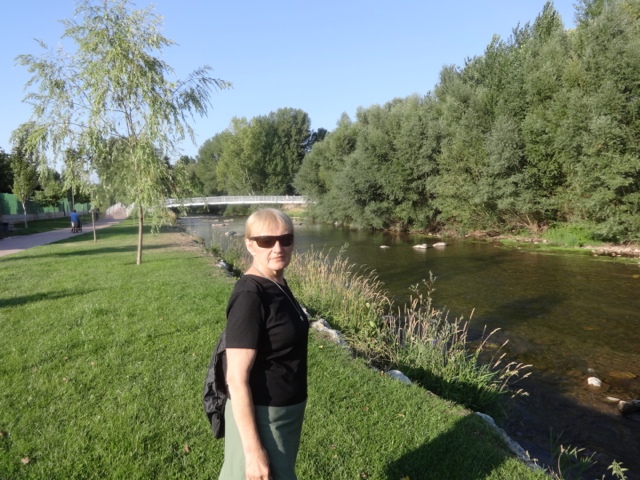 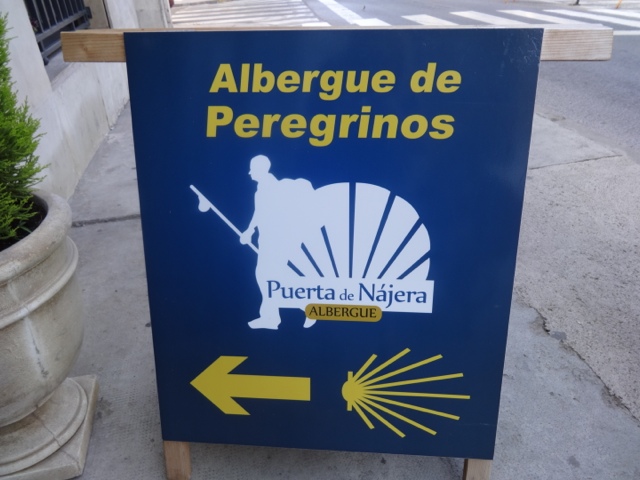 Looking For A Bed For The Night 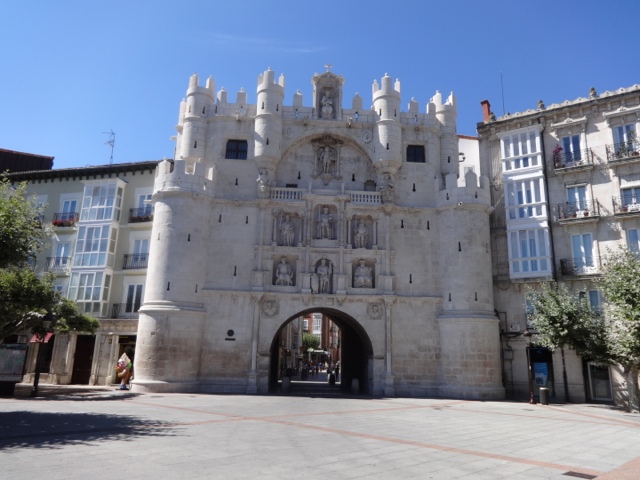 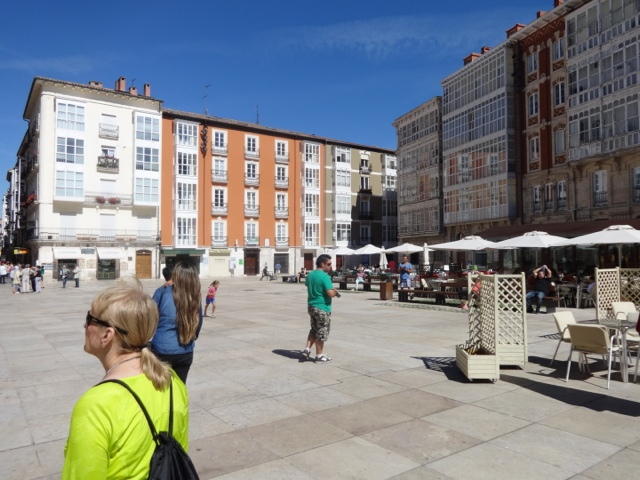 Finally to arrive at one of the significant destinations on the Camino - the gateway to Plaza del Rey San Fernando and the Catedral in Burgos. Some pilgrims take no rest and gather here first - others - weary from the days walk - check in at an albergue and freshen up before wandering to this square - to view this magnificant structure built over the centuries and to eat at one of the many sidewalk cafes and restuarants.  It is here that we meet peregrinos that we have walked with on previous days or who slept next to us earlier in the week at an albergue. The older couple - the lady from Colorado - still nursing her knee - looking forward to a knee replacement in November - all still here - all still walking their Camino. 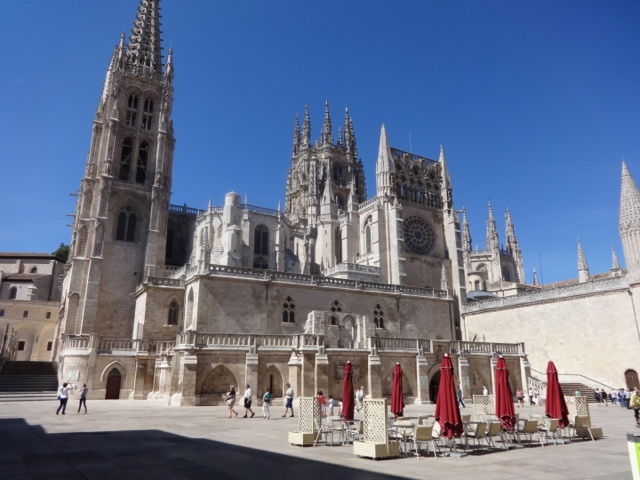 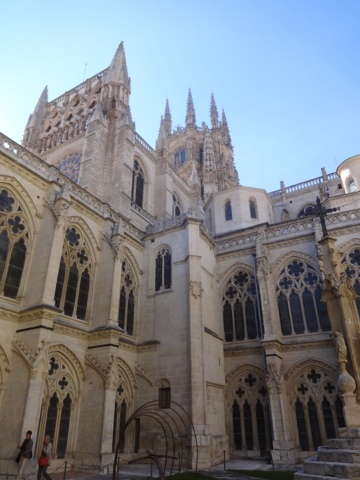 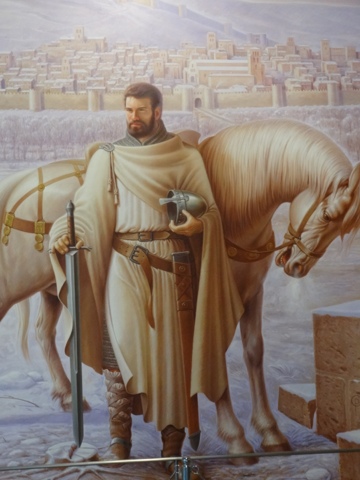 Painting of  El Cid and His White Horse in Catedral 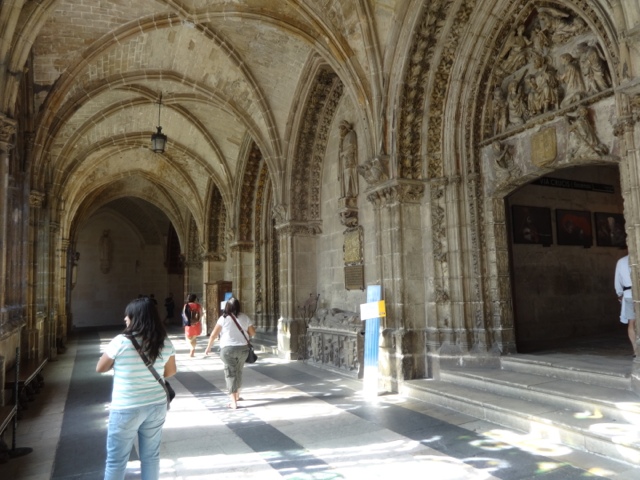 One of The Three Largest Cathedrals in Spain - A Simple Hallway 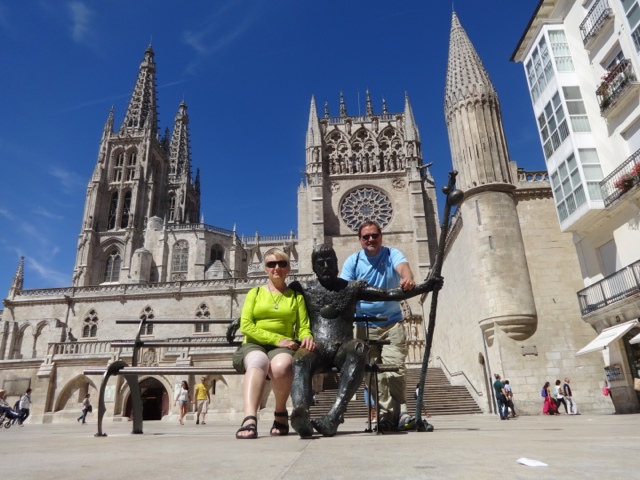 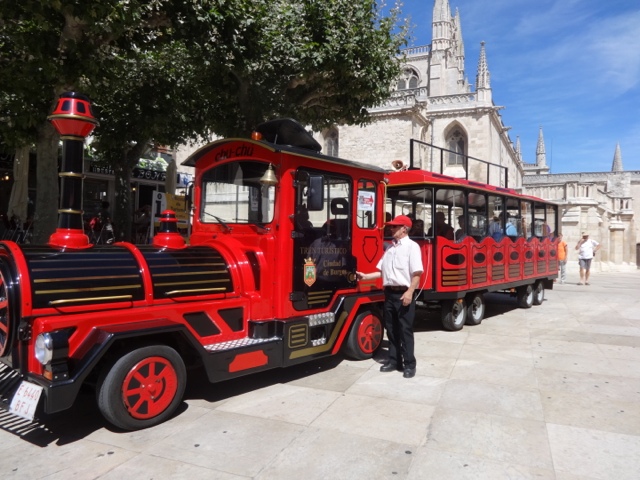 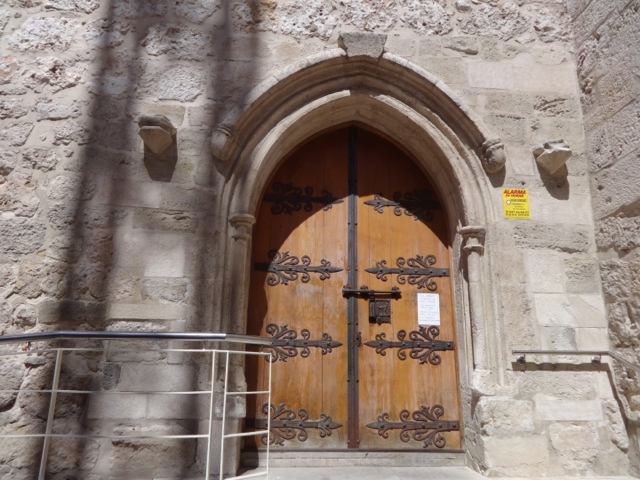 Door to Saint Nicolas Across the Street from the Catedral 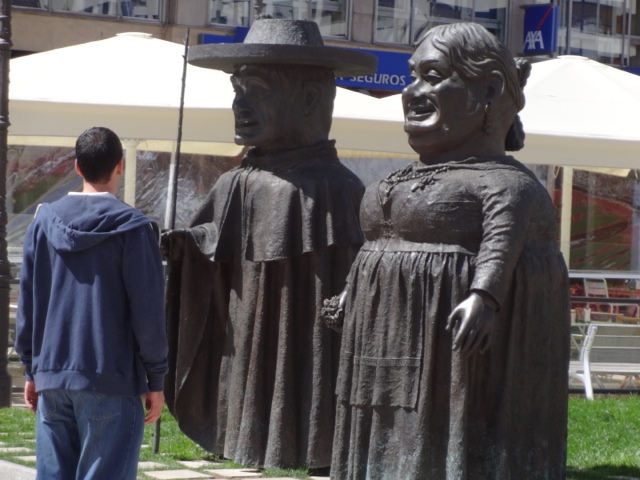 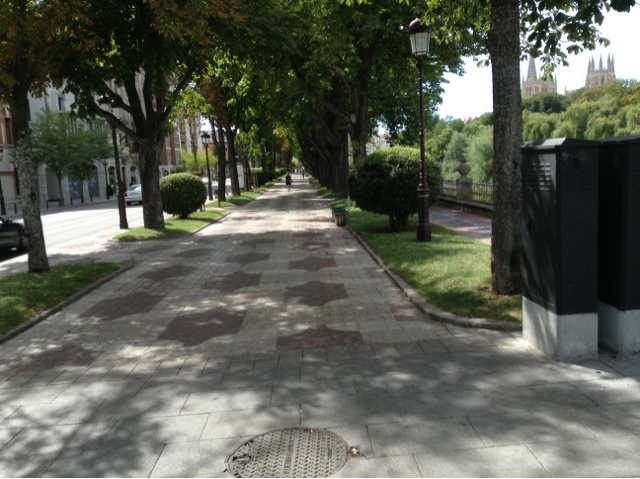 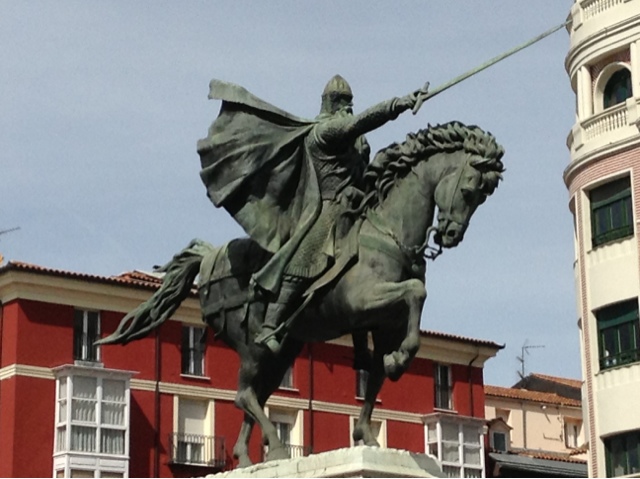 Count Rodrigo Diaz de Vivar - El Cid - a Muslim title of respect - the champion and great legendary son of Burgos. His remains have been re-re-interred (they were buried 3 different times) in the Catedral along with his wife - Jimena. 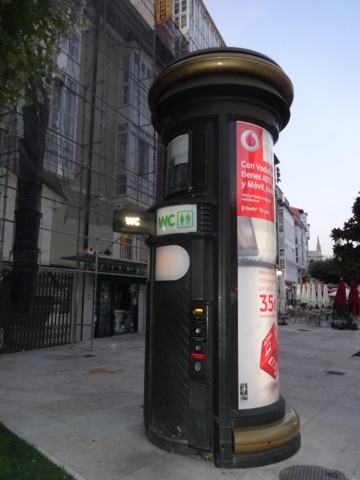 Burgos is an architectural jewel filled with monuments and structures worth exploring. The best part of this city as in most ciies - is its people. Friendly - willing to help out a stranger - patient with  those of us who do not speak fluent Spanish - it is worth returning to on a fuure visit. 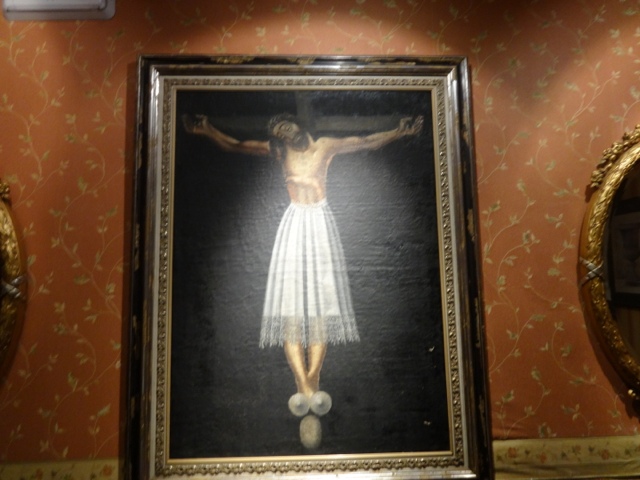 The Burgos Version of Jesus on the Cross

Our Camino is a faith journey - faith in Our Lord - faith in each other. In faith we continue towards Santiago.

Buen Camino
Dale and Arlene
Posted by Deacon Dale at 7:15 AM